Warm and sunny weather has surely evoked thoughts about your next sailing vacation. You need an immediate sea getaway! You've already started to feel the wind in your sails and the scent of the sea? Let's set sails along the crystal blue sea, far away from all obligations. We're taking you to the beautiful protected green oasis, surrounded by the Adriatic Sea. Guess where?
Home > Blog > The Lastovo archipelago

Warm and sunny weather in the early summer has surely evoked thoughts about your next vacation. You’re constantly dreaming about quiet, hidden bays, but still feel that your obligations are after you? You need an immediate sea getaway! You’ve already started to feel the wind in your sails and the scent of the sea? Let’s set sails along crystal blue sea, far away from all obligations. We’re taking you to the beautiful protected green oasis, surrounded by the Adriatic Sea. Guess where?

Welcome to the Lastovo archipelago!

Lastovo archipelago is the untouched pearl of the Adriatic Sea and it's mostly because of its distance from the coast (cca 61 NM). Bigger part of biggest Lastovo island is covered with greenery and together with 46 small islands in its archipelago makes it a protected nature park. Contrary to what you've experienced up to now, not many tourists visit this nature park. Why is that so?

Before the independence of Croatia, the Lastovo archipelago was closed for tourists because it was a military base (same as island of Vis) and as such, has preserved its beauties, but only for those with the most curious eyes. You are guaranteed to blend in with nature. Bring your sailboat to one of the many coves, such as the ‘Korita’ or the ‘Sito’, and enjoy the music of sea, wind and crickets. This is an island that has avoided mass tourism and preserved its own natural and cultural wealth. The largest settlement on the island is called ‘Lastovo’, situated in the centre of the island and has about 500 inhabitants. 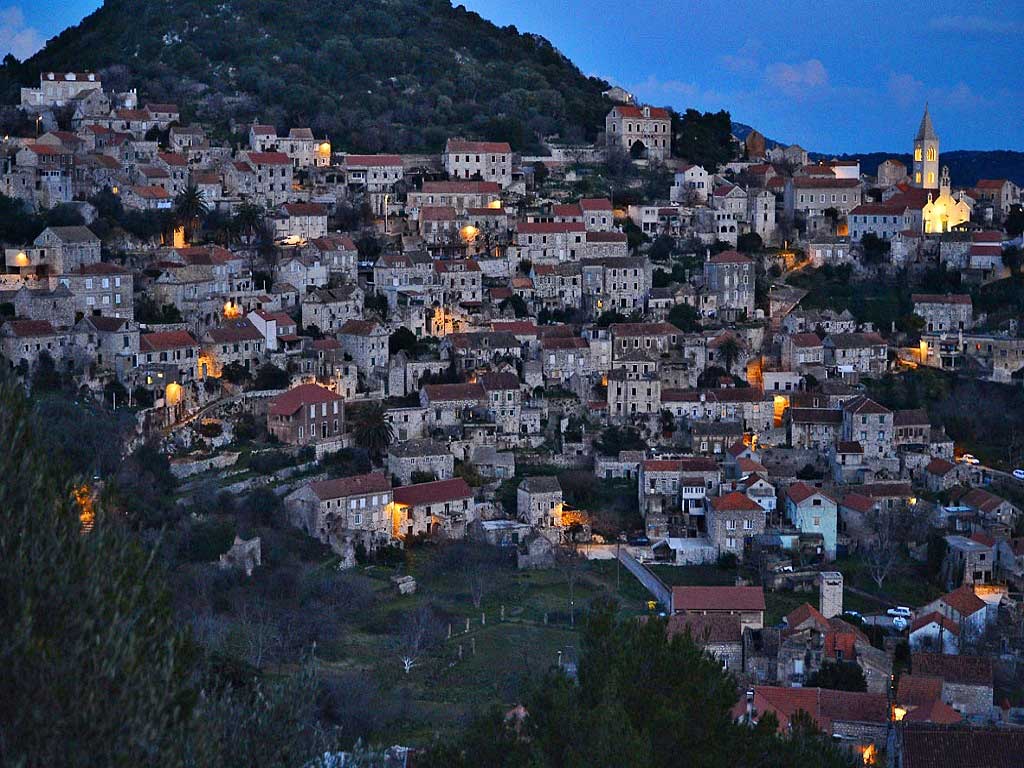 Considering the number of inhabitants, there is a large number of baroque and renaissance stone houses, most of which have been declared cultural asset, and, if you prefer to enjoy nature, go to ‘Hum’ where you’ll enjoy the most wonderful view of Lastovo archipelago - do not miss the chance to photograph such a great landscape.

On the west side of island lies place ‘Pasadur’, where you’ll find a single hotel. It is the only place where you can rent a jet ski or kayak for those who want to explore the small hidden coves. The only ferry port and gas station on the island is in ‘Ubli’, and there is the ‘Skrivena luka’ (Hidden Harbor) on the south of the island, which, as her name suggests, is a safe place for your sailboat.

On the northern part of the island, you can moore your sailing boat at the ‘Marina Zaklopatica’ and walk to the center of the island (2.5km), dine in the nearby restaurants and listen to the singing of rare bird species, ‘Puffinus Yelkouan’, that have a sound similar to a child cry. 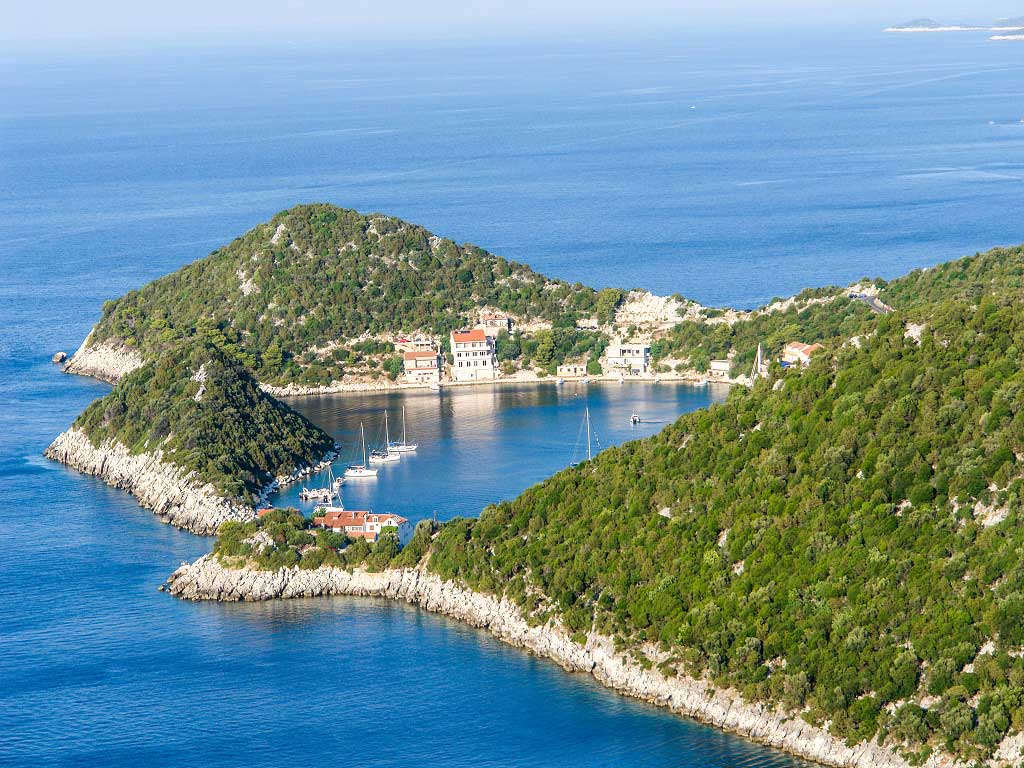 But, if you're more an activity junkie during your vacation, Lastovo archipelago offers you different activities such as diving, cycling, hiking and walking. Besides the beauties you'll see that below the sea surface, Lastovo is very rich for its underworld beauties; caves, archaeological findings, sea surfaces, but also wildlife itself.

Diving is possible exclusively with the diving team leader from authorized diving center, and they're situated in 'Zaklopatica' bay and 'Pasadur'. In case you have a wish, but no diving experience, you can enroll in diving school in the same places.

If you feel better on land rather than in sea, there are a dozen cycling trails on this beautiful island that you can explore. Some of them are asphalted, some are not, but also allow you to meet the whole island as you ride on a bicycle which you can hire for just a few euros. Also, you can enjoy walking or hiking on marked hiking trails, that are about 200 km long. The specialty of Lastovo archipelago is that no venomous snakes live there, so you can enjoy the natural beauty and the fresh air of this island without worries.

Feeling hungry after such active vacation?

On this relatively small island, there is something for everyone's taste. In a dozen restaurants and pizzerias there are also fish and meat dishes. But, when it comes to traditional Lastovo gastronomy we have to mention several fish dishes (in the past due to the poverty there were more fish dishes prepared than meat dishes), such as skewered sardines, conger brodetto and grilled muraea. If you order a traditional menu, you will probably get capers and 'motar' herb in the salad and, for dessert you'll have 'skalice' ('kroštule' of Lastovo) or 'kotonjata', sweets made of quince. For meat lovers, Lastovo locals will be more than happy to prepare homemade chicken or lamb baked over hot ashes. 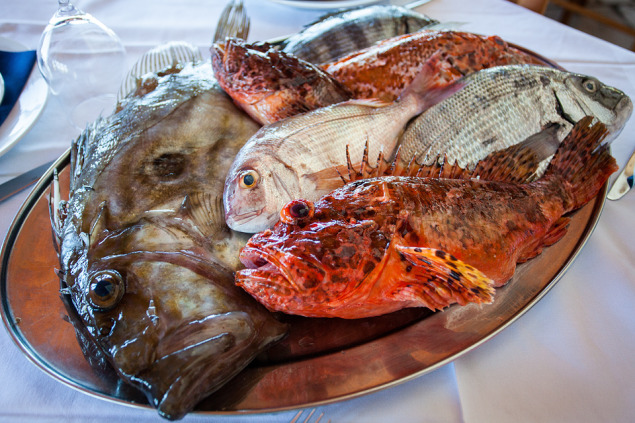 After a good meal, only a great wine goes along, right? The characteristic wine variety for Lastovo is 'Rukatac' or 'Maraština', white wine sort that ideally suits light fish dishes. When it comes to red wines, especially of southern Dalmatia and, as also, of Lastovo, 'Plavac mali' is among the greatest options. Sea, homemade olive oil and traditional wine taste in a beautiful green ambient is the last puzzle piece in the beautiful picture of Lastovo.

You still don't believe that this pearl has remained intact all this time till now? In 2009, Bill Gates visited Lastovo, dined and explored the island with his wife, and of course no one recognized him. Locals only wondered what exactly the 'men in black' (bodyguards) were doing on the island. If he was the one to find his peace oasis on Lastovo, you will surely find it, too.

As you can see, Lastovo can not offer you an unforgettable hustle and bustle, but it can give you a look at an endless starry sky, peace and serenity, the original sound of untouched nature, ultimate food experience and the rest for the soul. 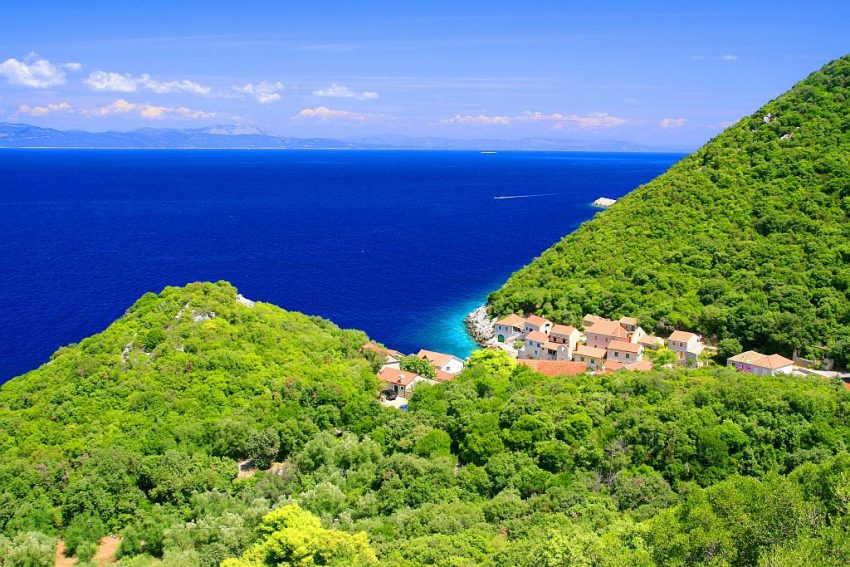