Find out everything about this mighty wind characteristic for Adriatic region - facts, myths and how does it affect on sailing and local inhabitants
Home > Blog > The Wind Bora 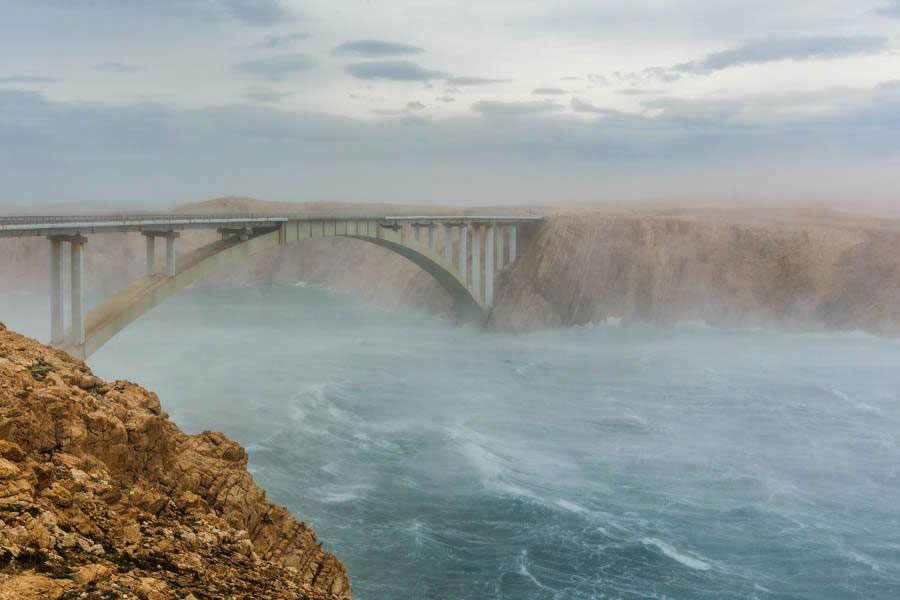 The root is found in the name of the Greek mythological figure of Boreas/Βορέας, the North Wind.

The area where some of the strongest bora winds occur is the Velebit mountain range in Croatia. This seaside mountain chain ( 145 kilometers) represents a huge division of weather between continental and Mediterranean climate.

Bora occurs because these two divided masses tend to equalize. It is most common in winter but can occure at any time of the year. It blows in gushes with sudden and often unexpected beginning. Strong gushes can temporarily lift drops of water into the air creating a "sea dust".

There are two primary weather patterns associated with the bora and both are locally classified as being a „light bora“ (Italian: Bora chiara) - presence of clear skies; where clouds gathering on the hilltops and moving towards the seaside with rain or snow characterize the "dark bora" (Bora scura).

It can last a few days (tradition has it that the Bora blows for an odd number of days: one, three or five …) or even for weeks. 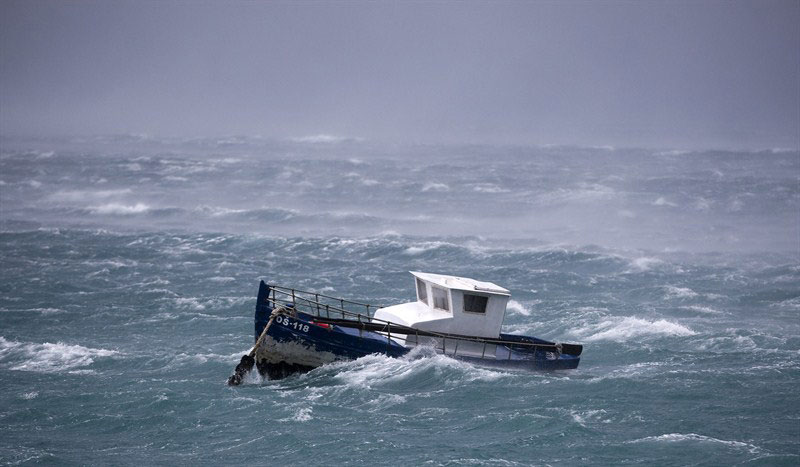 Here's some practical advice when it comes to the Bura: if sailing along the coast of an island that is facing the mainland you run into a zone without vegetation, this is a sign that a strong Bura blows there.

Sailing during the Bura can be challenging and it requires caution, regarding readiness of both the boat and its crew. Short, high waves with white crests are its characteristics, making the navigation difficult. The small drops formed by the wind create a so-called "sea smoke" that reduces the visibility significantly. Experienced seamen have a proverb: "When Bura sails, you don't!". Sailing can be extremely dangerous for an unexperienced navigator in the Velebit channel because the wind can start suddenly on a clear and calm day and result in major problems, frequently also affecting road traffic.

Bora can reach speeds of 220 km (136 miles) per hour, but has been recorded as high as 304 km (189 miles) per hour. Then we are talking of hurricane force. That´s why homes are built of concrete instead of wood, which prevents them from blowing away like they would in the United States.

The strongest bura tends to happen in Senj, near Rijeka. Because of it's position on the coast, bura can blow in multiple directions. During the Eastern European Cold Wave the shoreline in Senj froze and snow piled up after a 150 km/h bora plummeted the temperature to -14°C, with waves of 7 metres. The bora ripped the trees from the soil and destroyed roofs of houses. On the island of Pag, the bora threw fish out of the sea. In many Croatian coastal cities, fresh water froze inside the pipes. 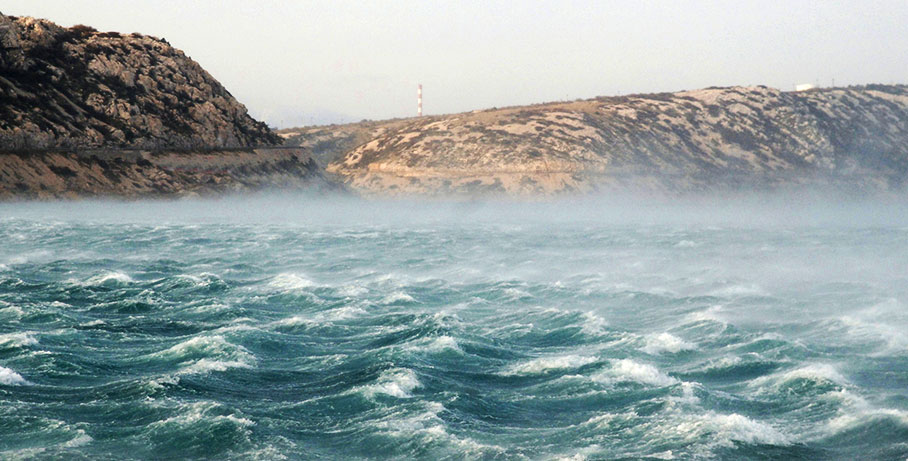 WHAT BORA MEANS FOR INHABITANTS

Local people believe the wind can not only help determine if rain is on the horizon but it can also affect mood, health and food production. This wind is also perfect and downright required for drying pršut (Dalmatia's cured ham) as it ages in open houses across Dalmatia. They woul told: "Without bura, there is no good pršut!"

The incredible flavor and saltiness of cheese from Pag Island is also attributed to bura. As the wind kicks up, it blows the salt from the AdriaticSea onto the island grass. The sheep graze on the salty grass and herbs, which makes their milk supremely tasty for cheese preparation.

The sky can get clogged with a haze that makes the islands barely visible. Bora comes in and wipes the sky clean. It is said that on some days after bura, one can see Italy from the top of Biokovo Mountain.

Although unpredictable Bora has its own legality: it is believed if blows three times in March (so called marčane bure) at 7th, 17th and 27th of March - the warmer and nice weather is up to be, such as the summer.